Hi! Welcome to the very late release post for VVV v2.6. For help updating, see the documentation on keeping VVV up to date.

We continued optimising provision in this release, and making VVV friendlier.

We improved our splash screen to contain better debug info for when users raise GitHub issues. We also noticed that users who finished provisioning weren’t sure if it had finished or stopped. To fix this, we added a big message that appears at the end of provisioning and vagrant up to make it clear the process has finished:

2.4 also allowed Utilities to add their own Nginx configs, and renamed the sites that come bundled with VVV by default. 2.4 also fixed some logging issues with PHP. Otherwise v2.4 was a short release that focused on cleaning up messaging.

A wordcamp_contributor_day_box option was added to the config file to make it easy for contributor day users to switch to mainline VVV.

If you add tideways to your utilities section as shown in the default vvv-config.yml then reprovision, you will gain access to xhgui and advanced PHP profiling features. Add ?enable-tideways to a URL and it will show up in xhgui at http://xhgui.vvv.test 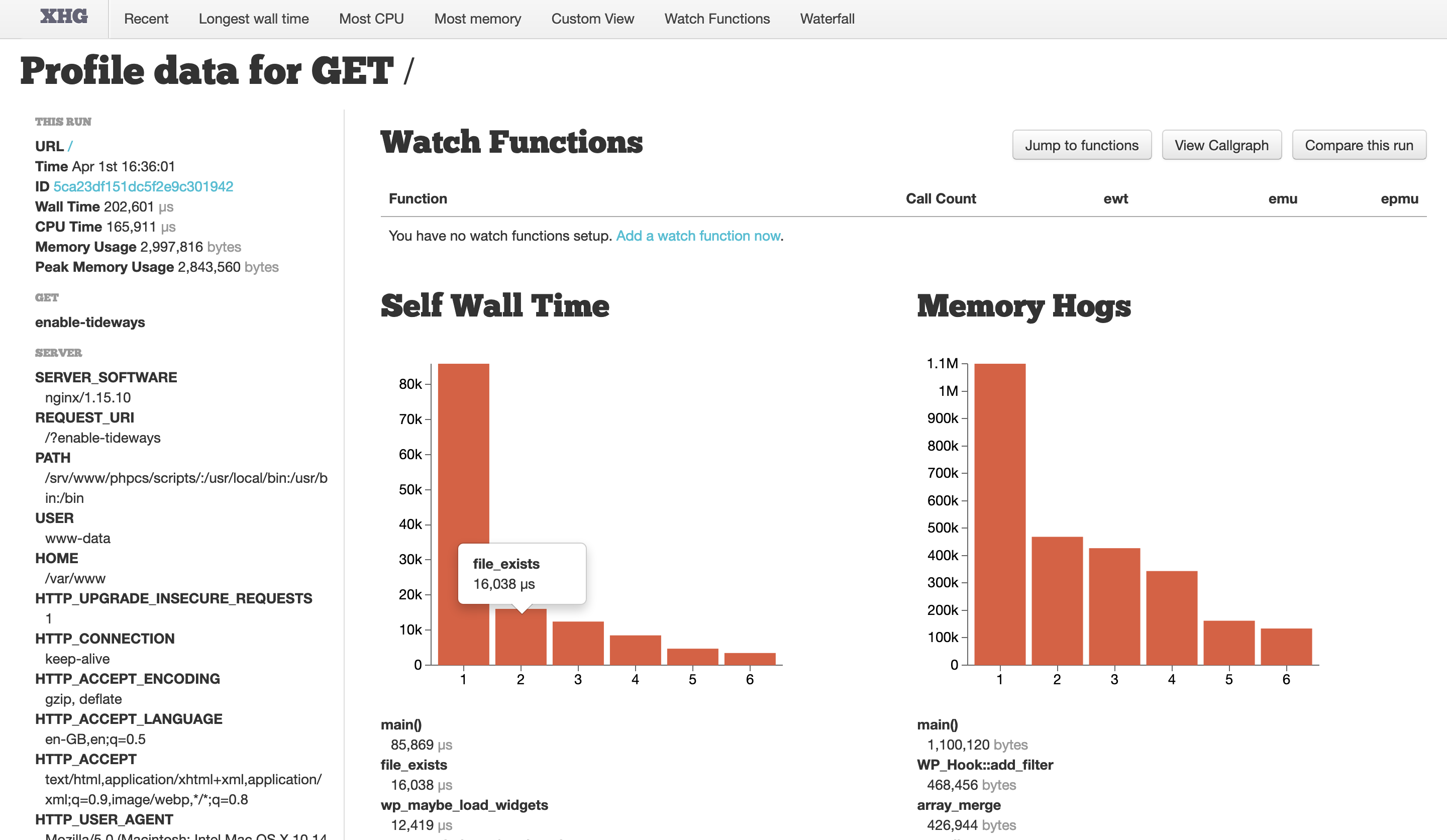